All rights reserved: any reproduction / communication / diffusion totally or partly of this website (texts, paintings, photographs) is forbidden unless prior written agreement from Esther Vamos, Elie Vamos or their heirs.

A selection of about one hundred out of more than four hundred pictures listed are shown on this website. Black and white reproductions of the original paintings are photographs made by the artist itself. These works are scattered in private collections and cannot be presented in their original colours. 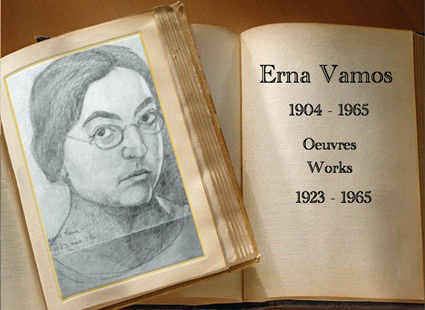 « The outer human face, which barely covers a few hundreds square centimeters, is doubtless the part of the world that carries its greatest meaning and is most able to undergo metamorphosis «

Erna Vamos, née Popper, was born in Budapest in a well-to-do Hungarian family of Jewish origin. Her youth, spent in Budapest and Paris, was marked by the influence of certain of the artistic (Art déco) and intellectual (psychoanalysis, anthropology) movements of the inter-war period. However, her artistic production achieved between 1935 and 1965 mainly in Africa and subsequently in Israel, stand in a marginal position in comparison with the major artistic trends that prevailed in Europe in the mid-twentieth century.

Erna Vamos can also be distinguished from the so-called « colonial art » or, as it was called later, « Africanist movement », referring to European painters inspired by African themes: (people, landscapes…). Their work reflects an ethnographical interest and/or fascination towards a world to which they do not belong.(1 & 2)

Away from an exotic vision, Erna Vamos endeavors to emphasize the mere humanity of her models. It is thus her own deliberate choice of a figurative approach mainly dedicated to human subjects.

Apart from commissioned portraits, the characters represented by Erna Vamos most often express the feeling of alienation and disarray of people uprooted in recently urbanized area, torn from a society with millennial traditions (Africans from Congo and from South Africa, Arabs, Oriental Jews of Israel), or even haunted by an indescribable past (cfr Portrait of a survivor).

“[…] Personally, if I wished to depart from nature, it would not be to abandon it, but rather to grasp it more fully in its invisible parts and in its roots.”(3)

One might wonder about the interest of the public in the portrait, considered as an artistic category, when compared with other modes of pictural representation. While its importance has varied over time, the portrait occupied a rather modest position in the decades 1940-1970. Furthermore, portraits have usually been staged in a given setting, whereas those painted by Erna Vamos are most often confined to the human faces. (4)

Being isolated and away from Europe, Erna Vamos was fully aware of her position on the margins of the major artistic trends of the XXth century . Her choices, deliberate or under constraints, probably account for the little interest generated by her work , and the fact that this artist has remained generally ignored thus far.

What will be the place and appreciation of her work in the future? 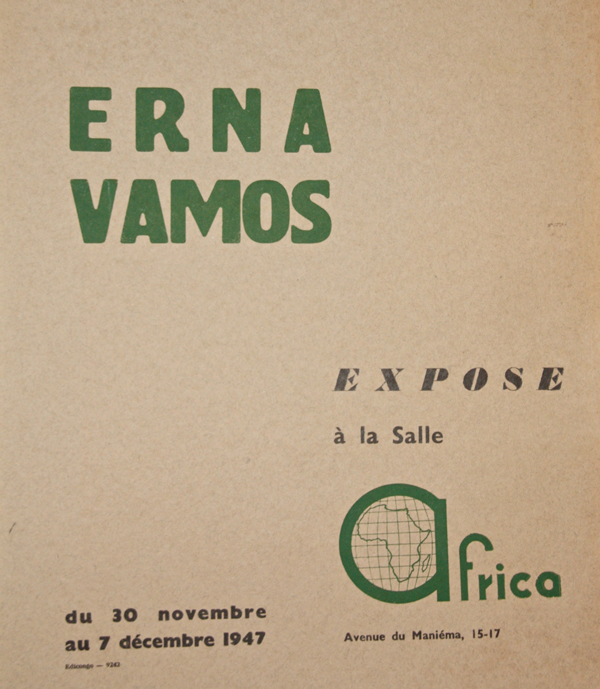